Page xxix
At the Cape of Good Hope we heard from Mr Crozet, Captain of a French East-
India ship, and from the officers on board the Frigate Juno, in the Spanish service
, under the command of Don Juan Arraos, that in the year 1773, Capt. Don Juan ...
Page lx
Attention has already been drawn to the fact that the Forsters (father and son), the
compilers of the Duff narrative, and other historians, fell into the error of naming
the Aguila's commander as Don Juan de Langara. But, which is more singular, ...
Page 219
LETTER [from the Secretary of State for the Navy and Indies to Admiral Don
Jorge Juan]. I am addressing the annexed paper (which has been forwarded
from Paris) to Your Excellency, by the King's command, to the end that you may
report ... 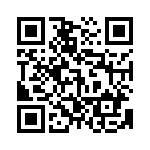