Norman Fairclough is Professor of Language in Social Life at Lancaster University and author of many books, including Language and Power (Longman, 1989). 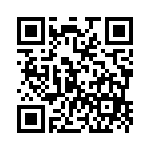