3.5 Stars for this ARC,(thanks to NetGalley and Pantera Press). Opinion is my own. High School is brutal, especially for kids like Hamish...poor, skinny, no friends. But, things are not always what ... Read full review

I Had Such Friends

Hamish is a nobody. Less than a nobody. A poor year 12 farm boy with one friend-who is an even bigger loser. But his world is suddenly turned upside down by the accidental death of the most popular ... Read full review

Meg Gatland-Veness is an influential, emerging voice in the YA space.

Born in a small country town called Milton, she grew up on the Central Coast before attending the University of Newcastle to study a Bachelor of Arts, majoring in English and Drama, as well as a Bachelor of Secondary Teaching. Meg currently works as a Drama teacher on the Central Coast of NSW, which enables her to capture the modern-day Australian teenage experience.

When she’s not writing novels, she channels her unending creativity into choreographing and directing musicals, writing poetry, singing and ballet, as well as playing tennis, volleyball and soccer. 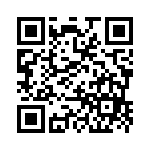