I did enjoy the story very much but found the flipping around from one POV to the next a bit confusing at first (especially without any significant separation in the text). Sometimes it wasn't clear ... Read full review

Elizabeth Hay was born in Owen Sound, Ontario in 1951. She attended Victoria College, University of Toronto. After graduation, Hay worked for CBC radio in Yellowknife, Winnipeg and Toronto, as a host, interviewer, and documentary maker, especially for "Sunday Morning." She also taught creative writing at New York University and the University of Ottawa. Hay won the award for Fiction Gold from the National Magazine Awards in 1995. She was Co-winner of the Western Magazine Award for fiction in 1995 and won 2nd prize in the Edna Staebler Award for Creative Non-Fiction, for The Only Snow in Havana in 1993. 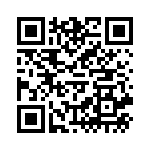