DONALD K. SPRINGEN is Professor of Speech Emeritus at Brooklyn College, City University of New York. He contributed to the book American Orators of the Twentieth Century, Critical Studies and Sources (Greenwood Press, 1987), and co-authored Basic Speech for the 1980s. He is also author of Solving Problems in the 1980s through Group Discussion. 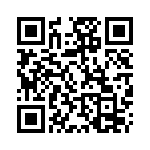