Author and journalist Richard Harding Davis was born in Philadelphia on April 18, 1864. After studying at Lehigh and Johns Hopkins universities, he became a reporter and in 1890, he was the managing editor of Harper's Weekly. On assignments, he toured many areas of the world and recorded his impressions of the American West, Europe, and South America in a series of books. As a foreign correspondent, he covered every war from the Greco-Turkish to World War I and published several books recording his experiences. In 1896, he became part of William Randolph Hearst's unproven plot to start the Spanish-American War in order to boost newspaper sales when Hearst sent him and illustrator Frederick Remington to cover the Cuban rebellion against Spanish rule. In Cuba, Davis wrote several articles that sparked U.S. interest in the struggles of the Cuban people, but he resigned when Hearst changed the facts in one of his stories. Davis was aboard the New York during the bombing of Mantanzas, which gave the New York Herald a scoop on the war. As a result, the U.S. Navy prohibited reporters from being aboard any U.S. ships for the rest of the Cuban conflict. Davis was captured by the German Army in 1914 and was threatened with execution as a spy. He eventually convinced them he was a reporter and was released. He is considered one of the most influential reporters of the yellow journalist era. He died in Mount Kisco, New York on April 11, 1916. 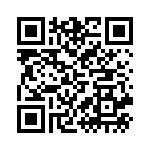