Peter John Chen is a political scientist at the University of Sydney who works on Australian politics, political media, and public policy. 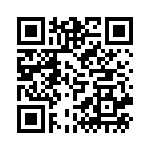