While growing up, I had attended many different religious organizations, all seemingly different from each other. The last organized religion I attended was the Mormon Church. Preparing to go to the temple and be married and sealed to a woman for time and eternity, I had a religious experience that altered my feelings about the Church of Jesus Christ of Latter-Day Saints. I began to methodically write down every word of the New Testament and came to a conclusion that no church that I belonged to in the past reflected the teachings of Jesus Christ. So I opened up the dictionary and read the two definitions of Christian and biblicist and understood why organized religions were so different from one another. With all the literature in the Holy Bible, it’s easy to take what you want from it and create your own church with your own unique beliefs. Eventually I decided to just write down what Christ was preaching. However, I had to do a lot of research about American history to determine where all these churches came from. I discovered that our founding fathers, many of which were Masons, created a constitution that gave us freedom of religion. This protected them from the power of the Catholic Church in Europe. And because of that constitutional right, it opened the door to every group of people that wished to start their own church and religious beliefs that they obtained from the Bible. It created what historians refer to as the great evangelistic period in the 1800s. So that’s why this book was created; it finally restores the teachings of our beloved Savior Jesus the Christ that was taught two thousand years ago. 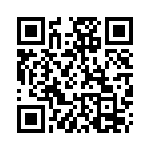