Koral Ward teaches at Murdoch University, Western Australia. She also has an art practice which focuses on text: in writing, performance, installation and situational works. 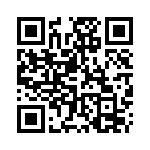