ORIGINALLY from Western Australia, Leonie now lives in NSW in the Upper Hunter. She is the author of Frontier Incursion, Frontier Resistance, and Frontier Defiant (YA Speculative Fiction) published by Hague Publishing, and also works part time as a physiotherapist. She dabbles in poetry, and has had a short story published in Antipodean SF, and another in the Novascapes 2 anthology. She has a past life as a volunteer firefighter and SES member, and once trekked almost six hundred kilometres with eight camels and several other human beings. She is married with two adult chil-dren, one dog and two cats, one of whom frequently handicaps her ability to use a laptop computer. 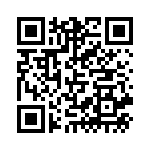