Page 129
His people did not directly approach him, but once an Eshva woman went by,
one of the handmaidens of his palace, feeding the gentle winged fish in the trees
from a silver basket. Azhrarn observed the woman, who, like all of demonkind,
was ...
Page 163
Then the Eshva women began to evolve like slim dark ghosts. She had seen
them often, and they had served her reverently, for what their lord cherished, they
too would cherish utterly. And it is said that even the Eshva marveled at her
beauty.
Page 164
the Eshva women, who sighed over it, so that the perfume of their breath was the
first — misleading — flavor it knew of the outer world. The child was white of skin,
and long-haired, the hair being the burnished black of midnight oceans and ...

Delusion's Master, the third in her "Flat Earth" series is centered upon Chuz, another prince of the Underearth who is Lord of illusion and madness. Azhrarn, "Night's Master" is also prominent in the ... Read full review

I have had occasion to remark on my love for everything Arabian Nights related before, but even among the category Tanith Lee’s Tales from the Flat Earth has always been a particular favourite. I ... Read full review

Tanith Lee, September 19, 1947 - Tanith Lee was born on September 19, 1947 in London, England, the daughter of ballroom dancers. She attended various primary schools and had a variety of jobs, from file clerk and assistant librarian to shop assistant and waitress. Lee attended an art college for one year, but felt she would be better writing her ideas than painting them. Her first professional sale was "Eustace," a 90 page vignette which appeared in The Ninth Pan Book of Horror Stories in 1968. While Lee was working as an assistant librarian, she wrote a children's story that was accepted for publication. Others of her stories were also bought but never published. In 1971, Macmillan published "The Dragon Hoard," another children's book, which was followed by "Animal Castle" and "Princess Hynchatti and Other Stories" in 1972. Lee had been looking for a British publisher for her book "The Birthgrave," but has been denied at every House she went. She then wrote to American publisher DAW, known for it's fantasy and horror selections, who immediately accepted her manuscript and published the book in 1975. Thus began a partnership between the two that lasted till 1989 and resulted in 28 books. After the publication of her third book by DAW, Lee quit her job and became a full time freelance writer. Lee has been nominated for the World Fantasy Award, the August Derleth Award and the Nebula. She has had more than 40 novels published, along with over 200 short stories. 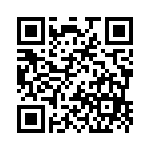