Page 57
Levels of Organization Using a pyramid as an aid for the visualization, we may
conceive of personality in terms of a series of levels of organization. Elementary
biological phenomena extend over a very broad base, and at various levels
above ...
Page 130
time, the world of force and organization, the world of words, of images, of social
relationships, or the world of contemplation or of mastery. Through the tentative
gropings of the mind in its early formative states, steeping itself in the sensory or ...
Page 254
It is possible, for example, that there are certain formal principles having to do
with organization in time and space, the dependence of parts upon wholes, and
the like, which are the same at an anatomical level and at a sociocultural level. 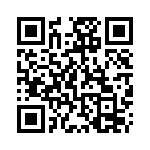