James R. Lewis is Lecturer in Religious Studies at the University of Wisconsin, USA. He is a highly-published scholar of New Religions. He is the editor of The Oxford Handbook of New Religious Movements (2004), and also Controversial New Religions (co-edited with Jesper A. Petersen). In addition to writing a dozen other anthologies on new religions, James Lewis is the author of a textbook and a major encyclopedia in this field of study. His monographs include Legitimating New Religions (2003). He is a professional reference book author; his encyclopedias have won American Library Association, New York Public Library Association, and Choice book awards. 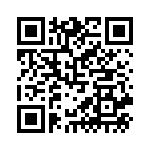