Page 147
Serving in tests of successful command - the Northern Ireland under active - ser- need to do a job well and keep the vice conditions usually means dan- outfit in good order — are present . ger , discomfort , long hours , separa- The ...
Page 457
So , to keep himself and his wife alive , he took a ciailian job with the Army Pay Corps , but did not hold it for long . The Crowthers sold 200,000 copies in its first year ; and then began the triumphal progress into bestsellerdom .
Page 538
... called ' nicht ein Defence Force , peace - keeping in Söldnerheer , sondern ein Füh- Africa and Arabia , helping ... Hong world , then perhaps we should keep Kong , Cyprus , Belize and the emergency in Northern Ireland Gibraltar as ... 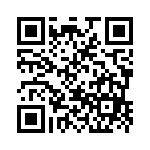