THIS IS AN IMPORTANT BOOK FOR ME. It deals with the monoculture and multiculturalism. The point of my thesis is multiculturalism through the dramatic lens. I am a researcher at faculty of Arts, Kafrelsheikh University in Egypt. The monoculture single-minded . One should accept that he lives in a society fulls of values and assumptions. Actually, This book will be helpful to be. If there is more preview, it will add to my research.
All the best,
Nadia Maher Ibrahim
faculty of Arts, Kafrelsheikh University.
English Department.

Page 244 - The Idea is the inner spring of action; the State is the actually existing, realized moral life. For it is the Unity of the universal, essential Will, with that of the individual; and this is "Morality.
Appears in 47 books from 1857-2007
Page 222 - One ever feels his two-ness, — an American, a Negro; two souls, two thoughts, two unreconciled strivings; two warring ideals in one dark body, whose dogged strength alone keeps it from being torn asunder.
Appears in 246 books from 1903-2008
More
Page 100 - That in all cases where any tribe or band of Indians has been, or shall hereafter be, located upon any reservation created for their use, either by treaty stipulation or by virtue of an act of Congress or Executive order setting apart the same for their use, the President of the United States be, and he hereby is, authorized, whenever in his opinion any reservation or any part thereof of such Indians is advantageous for agricultural and grazing purposes, to cause said reservation, or any part thereof,...
Appears in 88 books from 1798-2007
Page 100 - And provided further. That no patents shall issue therefor except to the person so taking the same as and for a homestead, or his heirs, and after the expiration of five years...
Appears in 25 books from 1867-2005
Page 222 - A certain degree of hate combined with love (ambivalence) is always involved in this looking from below upward and the object against which the subject is measuring himself undergoes constant change. He loves the object because he would like to resemble it; he hates the object because his chances of resembling it are remote, slight.
Appears in 15 books from 1968-2008
Page 101 - And the sums agreed to be paid by the United States as purchase money for any portion of any such reservation shall be held in the Treasury of the United States for the sole use of the tribe or tribes of Indians to whom such...
Appears in 44 books from 1865-2005
Page 150 - Yet the defect of the system was apparent. They have got as far as they can go, because they own their land in common.
Appears in 70 books from 1885-2008
Less

ERIC MARK KRAMER is Associate Professor of Communication at the University of Oklahoma. He is a member of the editorial board of various journals and has published extensively. Among his latest books are Modern/Postmodern: Off the Beaten Path of Antimodernism and Postmodernism and Race. 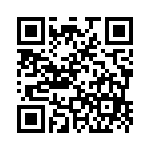