Margaret Cox is Professor of Archaeology at the University of Southampton and Chief Executive of the Inforce Foundation. Her forensic work has taken her to France, Belgium, Kosovo, Rwanda, Iraq and Cyprus and she regularly undertakes domestic casework in the United Kingdom. She is the author of several books, including Forensic Archaeology: Advances in Theory and Practice (co-authored with John Hunter) and Health and Disease in Britain: Prehistory to the Present (co-authored with Charlotte Roberts).

Ambika Flavel is Forensic Osteoarchaeologist with the Inforce Foundation. She has been involved in field missions in such places as Guatamala, the Balkans and Iraq as well as training and capacity building programs, teaching field and laboratory techniques to university students, professionals, and law enforcement agencies.

Ian Hanson is Lecturer in Forensic Archaeology at Bournemouth University. He has worked as a professional archaeologist in Europe, Africa, Australasia, the United States and the Middle East and has served as a consultant to various agencies in Bosnia, Croatia, Guatemala, Congo, Iraq, and Cyprus.

Joanna Laver is currently Crime Scene Investigator working for the Dorset Police (UK), formerly Forensic Archaeologist with the Inforce Foundation. She has been involved in forensic missions in such places as Cyprus, Iraq and the Balkans and training and capacity building programs, teaching field and laboratory techniques to students and professionals.

Roland Wessling is Forensic Science and Operations Manager for the Inforce Foundation. He has worked on atrocity crime investigations in the Balkans, Cyprus, and Iraq, as well as domestic cases in Germany and Britain. He regularly contributes to Inforce's training programmes and workshops. 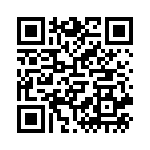