Tingye Li retired from AT&T in 1998 after a 41-year career at Bell Labs and AT&T Labs. His seminal work on laser resonator modes is considered a classic. Since the late 1960s, he and his groups have conducted pioneering studies on lightwave technologies and systems. He led the work on amplified WDM transmission systems and championed their deployment for upgrading network capacity. He is a member of the National Academy of Engineering and a foreign member of the Chinese Academy of Engineering. He is a recipient of the IEEE David Sarnoff Award, IEEE/OSA John Tyndall Award, OSA Ives Medal/Quinn Endowment, AT&T Science and Technology Medal, and IEEE Photonics Award.

Alan Willner has worked at AT&T Bell Labs and Bellcore, and he is Professor of Electrical Engineering at the University of Southern California. He received the NSF Presidential Faculty Fellows Award from the White House, Packard Foundation Fellowship, NSF National Young Investigator Award, Fulbright Foundation Senior Scholar, IEEE LEOS Distinguished Lecturer, and USC University-Wide Award for Excellence in Teaching. He is a Fellow of IEEE and OSA, and he has been President of the IEEE LEOS, Editor-in-Chief of the IEEE/OSA J. of Lightwave Technology, Editor-in-Chief of Optics Letters, Co-Chair of the OSA Science & Engineering Council, and General Co-Chair of the Conference on Lasers and Electro-Optics. 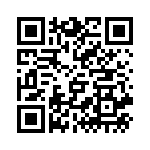