How the idea of religious toleration came to the West

Zagorin (history, emeritus, Univ. of Rochester) offers a deeply scholarly but ultimately engaging argument for the origins of religious toleration in Western culture since the Enlightenment. Combining ... Read full review

Perez Zagorin (1920-2009) was Joseph C. Wilson Professor of History Emeritus at the University of Rochester and a Fellow of the Shannon Center for Advanced Studies at the University of Virginia and the American Academy of Arts and Sciences. He was the author of many books, including Francis Bacon and Thucydides: An Introduction for the Common Reader (both Princeton). 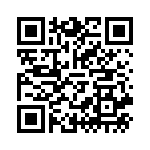