Gauging that half of the world's estimated 6000 languages are threatened with extinction in the next 100 years, Crystal (editor, Cambridge Encyclopedia) explains why this is problematic and what can ... Read full review 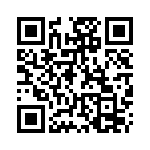