Looking for a book, as I was, to explain internet culture to your mom? This will probably fit the bill. Not a lot of new information to anyone who has spent any amount of time poking around the ... Read full review

There’s a lot of this book that’s not really about 4chan or Anonymous, but about the development of unmoderated or awfulness-seeking sites on the web. The book makes for a primary document in its own ... Read full review

Cole Stryker is a freelance writer and media consultant based in New York City. He is the author of Epic Win for Anonymous, the first book to tell the story of the genesis of the Internet-based protest groups and creative memes currently changing our world. Stryker has been interviewed about his writing by The New York Times, Reuters, New York Observer, Salon, and The Rumpus. 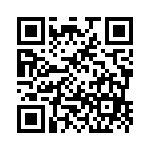