Page 23
He knew the only thing that could save Old Mamma, and it was the only thing he
didn't want to do. He knew who was the only person who could save Old Mamma,
and that was the only person he didn't want to approach. He held her life under ...
Page 24
And he knew that Big Bug knew it. And he knew that Big Bug, ever since he
became Prime Minister, had been waiting for him to ask for a personal favor. That
was the only thing lacking in Big Bug's glory. And that was the thing he, Mmaa,
didn't ...
Page 49
Of course, Dr. Durchfreud knew all about the method of production of these
enormous creatures, whose menacing armor is today of a symbolic rather than a
practical character. He could specify the criteria which governed the choice of
eggs; ...

Stefan Themerson (1910-1988) was born in Poland, moved to Russia during the Revolution, studied physics and architecture in Warsaw, and lived in Paris before settling in London. Aside from his writings--which include novels such as Tom Harris, The Mystery of the Sardine, and Professor Mmaa's Lecture, children's stories, philosophical essays, and poems--Themerson also composed music and made a number of films with his wife Franciszka. 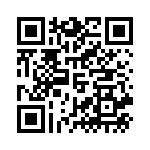