Page 89
The Arabs at an early date of Islam , if not before " , had established a factory at Canton , and their numbers at that port were so great by the middle of the eighth century that in 758 they were strong enough to attack and pillage the ...
Page 253
Reinaud is very wild about the position of this Kalah , and whether he means it to be a port on the Coromandel coast , the Kalliana of Cosmas ( i.e. a port on the West of India ) , or Pt . de Galle in Ceylon , is difficult to discern .
Page 256
“ It is also stated that SHANJŮ ( Shinja ) , known in our time as ZAITÚN , is one of the ports of China , and with ... Ibn Khurdádhbab says it is the greatest commercial port of China , and abounds in fruit , vegetables , wheat , barley ... 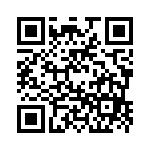