Page 66
Presently we passed a wellappointed house from which another young man , similarly clad , called out to us to halt and take a cup of rum , himself being well in his cups though it was but the time of the morning meal .
Page 345
Shame obliges me to try to forget the Egyptian pi - dog called Pansy , the most hideous dog we had ever seen , and which we tried not to own for a whole year ; but we had picked her up , dying , from the road , and we were hers forever ...
Page 421
The emir himself , so - called , was in fact the headman of Hufair , representing the feudal boss in Hail . Hufair I had heard mention of , a hamlet buried some miles inside the Nafud , surrounded by towering , almost barren dunes ... 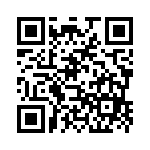