Maybe it is just that I was expecting too much, but there's not much story here - Bridget obsesses about her single-ness and the biggest plot line is her parents' failing marriage. There is hardly ... Read full review

Written in the form of a personal diary, the novel chronicles a year in the life of Bridget Jones, a thirty-something single working woman living in London. She writes about her career, self-image, vices, family, friends, and romantic relationships. Read full review

Helen Fielding was born in Yorkshire. She worked for many years in London as a newspaper and TV journalist, travelling as wildly and as often as possible to Africa, India and Central America. She has written five novels, Cause Celeb (1994), Bridget Jones's Diary (1996), Bridget Jones: The Edge of Reason (2000), Olivia Joules and the Overactive Imagination (2003) and Bridget Jones: Mad About the Boy (2013). She also co-wrote the screenplays for the movies of Bridget Jones's Diary and The Edge of Reason. She now works full-time as a novelist and screenwriter and lives in London and Los Angeles. 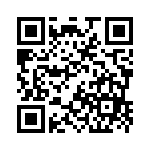