Page 29
I knew a young woman , whom I will call Jane , who married , in the early years of the Soviet regime , a Russian scientist employed in Russia . They lived in Leningrad and she was allowed to come for a few weeks every year and visit her ...
Page 81
While waiting for him , a young woman came in and began talking to a man who was sitting near us . She is described in Virginia's diary as “ one of those usual shabby , loose , cropheaded , smallfaced bright eyed young women ' .
Page 172
He was followed by a very young man , Richard Kennedy , a nephew of Kennedy , the architect . Richard was too young to be a manager , and we now had , in addition to the clerical staff , a general manager . In 1931 he left us and John ... 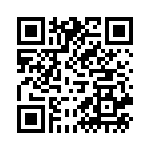