Page 40
The twenty-first century can't have been kind to this enormous fellow, and now
he's discovering other interesting things to do: chopping down trees, lifting rock
with his bare hands, fighting, knocking down women. Too bad he's so young;
Victor ...
Page 62
Hence the conventional sand and palm trees. No, "desert" once meant only wild.
That it is. Day twelve. Victor's ill. He sat all day under the tent, dozing and taking
some sort of pills. Angina, I'll be bound. More hauling, more digging on that idiot ...
Page 69
I could hear his breath stop, catch, go on, then stop again, like an electric motor
with a bad connection— too apt a comparison— catch a few times, go on, stop— I
think I was hypnotized by the tree's shadow as it crawled towards us, or the ...

I didn't like it. It started okay... seemed like it might be interesting, but then... it kinda went off the rails and ended up being some interior monologue between the main character and figments of ... Read full review

This is a really marvelous story about crash-landed space farers that deals with mortality, society, psychology, religion, feminism, politics and, most of all, the slow veil that falls as distractions go away and we are confronted Read full review

Joanna Russ was born in New York City on February 22, 1937. She received a degree in English from Cornell University in 1957 and a MFA in playwriting from the Yale Drama School in 1960. She taught at various colleges and universities during her lifetime including a long stint at the University of Washington in Seattle. She was a critic and science fiction writer best known for books of criticism such as The Female Man (1975) and How to Suppress Women's Writing (1984) as well as the novel And Chaos Died (1970). She died on April 29, 2011 at the age of 74. 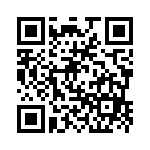