Page 113 - So the people shouted when the priests blew with the trumpets: and it came to pass, when the people heard the sound of the trumpet, and the people shouted with a great shout, that the wall fell down flat, so that the people went up into the city, every man straight before him, and they took the city.
Appears in 599 books from 1805-2008
Page 27 - Her brain allows one half-formed thought to pass: "Well now that's done: and I'm glad it's over." When lovely woman stoops to folly and Paces about her room again, alone, She smoothes her hair with automatic hand, And puts a record on the gramophone. 'This music crept by me upon the waters" And along the Strand, up Queen Victoria Street.
Appears in 363 books from 1876-2008
More
Page 52 - Surely whoever speaks to me in the right voice, him or her I shall follow, As the water follows the moon, silently, with fluid steps, anywhere around the globe.
Appears in 187 books from 1860-2007
Page 63 - I saw the blue Rhine sweep along: I heard, or seemed to hear, The German songs we used to sing in chorus sweet and clear; And down the pleasant river, and up the slanting...
Appears in 178 books from 1844-2008
Page 33 - The individual has become a mere cog in an enormous organization of things and powers which tear from his hands all progress, spirituality, and value in order to transform them from their subjective form into the form of a purely objective life.
Appears in 38 books from 1970-2007
Page 21 - Thus technology has subjected the human sensorium to a complex kind of training. There came a day when a new and urgent need for stimuli was met by the film. In a film, perception in the form of shocks was established as a formal principle. That which determines the rhythm of production on a conveyor belt is the basis of the rhythm of reception in the film.
Appears in 54 books from 1969-2008
Page 27 - Besides how could you remember everybody? Eyes, walk, voice. Well, the voice, yes: gramophone. Have a gramophone in every grave or keep it in the house. After dinner on a Sunday. Put on poor old greatgrandfather Kraahraark ! Hellohellohello amawfullyglad kraark awfullygladaseeragain hellohello amarawf kopthsth. Remind you of the voice like the photograph reminds you of the face.
Appears in 58 books from 1939-2007
Page 19 - Motor-cars came shooting out of deep, narrow streets into the shallows of bright squares. Dark patches of pedestrian bustle formed into cloudy streams. Where stronger lines of speed transected their loose-woven hurrying, they clotted up— only to trickle on all the faster then and after a few ripples regain their regular pulse-beat.
Appears in 17 books from 1953-2007
Page 26 - Granny!" and I longed to kiss her, but I had beside me only the voice, a phantom as impalpable as the one that would perhaps come back to visit me when my grandmother was dead. "Speak to me!
Appears in 10 books from 1982-2007
Page 101 - Little care is apparently taken [in NSW schools at that time] to correct vicious pronunciation . . . this inattention has a tendency to foster an Australian dialect which bids fair to surpass the American in disagreeableness...
Appears in 12 books from 1959-2007
Less 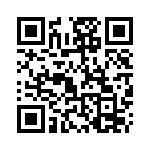